About Trinidad and Tobago

Trinidad and Tobago are the two main islands of an archipelagic state situated at the southern end of the chain of Caribbean islands known as the Windward Islands. Being an island state Trinidad and Tobago has an Exclusive Economic Zone (EEZ) comprising roughly 75,000 km2, approximately 15 times the land area. Because of its recent separation from the South American mainland, the biota and terrestrial habitats of Trinidad reflect the ecology of equatorial South America unlike the other Windward Islands, which have ecosystems dominated by island endemic species. The vast range of terrestrial ecosystems includes evergreen seasonal, littoral woodlands, montane rainforests, swamp forests, marshes and savannahs. These support rich species diversity including approximately 420 species of birds and 85 reptiles. In the marine areas, ecosystems include mud bottoms, coral reefs, sandy bottoms and rocky shores. These support a range of macro and micro biota, such as an estimated 36 species of reef building corals. Endangered species include the manatee, the golden tree frog, the crab-eating raccoon and the blue and yellow macaw.

IAS Work in Trinidad and Tobago 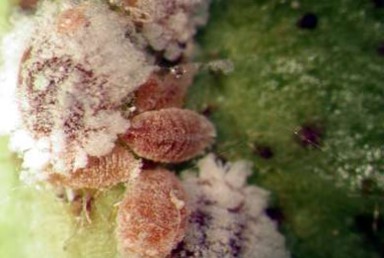 This Strategy is primarily targeted at government agencies as well as private stakeholders. It aims to engage… 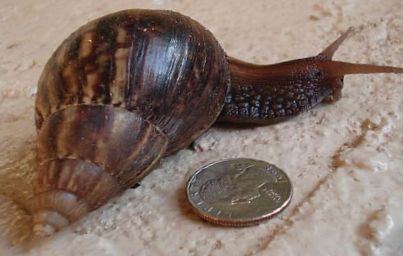 During the course of January, over 20,000 Giant African snails were collected in farming districts in… 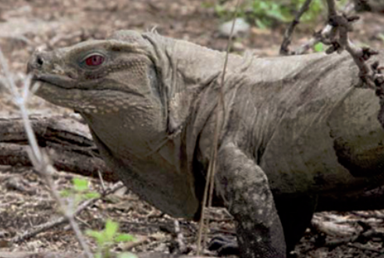 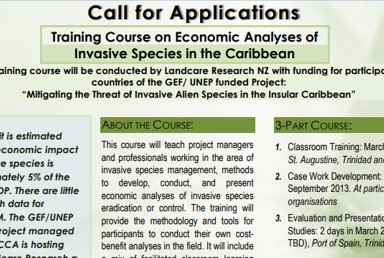 This course will teach project managers and professionals working in the area of invasive species management,… 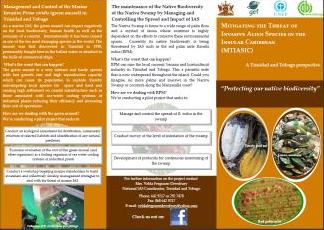 Mitigating the Threat of Invasive Alien Species in the Insular Caribbean (MTIASIC) A Trinidad and Tobago perspective (Brochure) : MTIASIC Project… 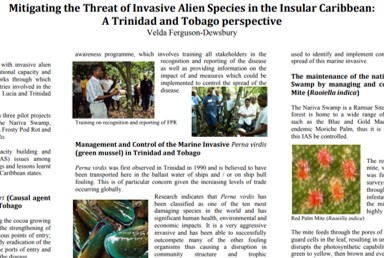 MTIASIC: A Trinidad and Tobago Perspective

Mitigating the Threat of Invasive Alien Species in the Insular Caribbean: A Trinidad and Tobago perspective … 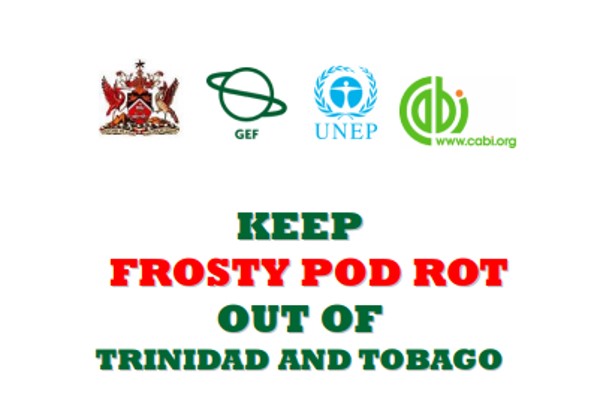